Aggressive Criminal Defense in Mississippi for Over 40 Years

Veteran criminal defense lawyer Vic Carmody, Jr. has defended the rights of his fellow Mississippians for over 40 years in courtrooms across the Magnolia State, from Jackson and Oxford to Hattiesburg and Biloxi. Mr. Carmody has garnered almost every top Madison County criminal attorney award due to his tenacious client defense in the presence of relentless prosecution by state attorneys.

Attorney Vic Carmody, Jr. has many years of experience (over 40) defending the criminally accused throughout Rankin County, Hinds County, and Madison County.

The Mississippi DUI lawyer near me travels the state fighting DUI-DWI cases. Vic Carmody holds the Martindale-Hubbell highest AV rated plus has Preeminent status with this lawyer rating service. In addition, he has been selected (for 12 straight years) as a Super Lawyer for both DUI and Criminal Defense by the prestigious Super Lawyers organization.

Vic is admitted to practice in all Municipal, Justice, and State courts in Mississippi, the United States District Courts for the Northern and Southern Districts of Mississippi, and the Supreme Court of the United States. Madison County criminal lawyer Vic Carmody, Jr. operates a statewide criminal defense law office that is well known across the Magnolia State. 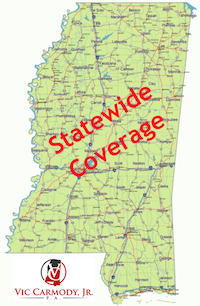 Mississippi DUI attorney Victor Carmody, Jr. was employed by the Jackson MS Police Department as a police lieutenant from 1973 -1980. Vic will deliver the best defense for your case because he has worked on both sides of Mississippi criminal law enforcement, including driving under the influence of both alcohol and drugs, theft, traffic tickets, domestic violence, assault, and sex crimes. He was recently selected as one of the Top 100 Trial Lawyers in Mississippi by The American Trial Lawyers Association.

Mr. Carmody can help restore your faith in the legal system and he stands ready to answer your questions anytime day or night.

Schedule an in-person consultation with Mr. Carmody at his office in Flowood, MS located at 781 Liberty Road, across from the Atmos Energy building. Or call and talk to us over the phone including on weekends.

Mississippi DUI lawyer Vic Carmody, Jr. has successfully fought for the freedom of thousands of former clients accused of drunk driving and drugged driving and he can do the same for you. A large majority of drivers arrested for driving under the influence of alcohol or drugs have never had an encounter with law enforcement until now, and the whole incident is bewildering.

How do you know what to do next to keep your driver’s license and maybe even your job? All you know is you left jail with a stack of paperwork that tells you what you were charged with and when you are expected in court. Vic has handled thousands of cases so call him and let him explain what you need to do immediately to improve your chances of a favorable outcome.

Mississippi has 2 types of courts depending on where you were arrested. If you were pulled over within the city limits of Jackson or Biloxi or Starkville, your case will be held in a Municipal Court (also called a city court). City police departments arrest and charge persons within their own city limits, for example the Jackson Police Department arrests impaired drivers on city roadways like S Gallatin St and University Blvd. If you were arrested in an unincorporated part of the state like in Madison County, Hinds County, or Rankin County, your DUI case will be held in a Justice Court. Sheriff deputies arrest and charges persons within the boundaries of their county. You need a strong and experienced Madison County criminal lawyer standing with you in court so that they know you mean business.

The criminal jurisdiction limits for Justice Courts are much like those of Mississippi municipal city courts. Sheriff Deputies arrest and charges persons within the boundaries of their county. Mississippi Department of Public Safety State Troopers can arrest any person anywhere in the state, and their charges are tried in the Justice Court of the county where the arrest took place. Game and Fish Wildlife officers may also arrest and charge persons for wildlife violations.

You can go to your first court date alone and represent yourself, but we do not recommend it. At the very least give Mr. Carmody a quick call and get your questions answered. Vic knows Mississippi DUI law through and through and is a legal warrior in the courtroom. Act quickly because your driver’s license can be suspended even before your first court appearance if you do nothing.

Our Alabama sex crimes lawyers near me will work hard to minimize the impact of any criminal accusations on the lives of our clients. Sex crimes in Mississippi include being accused of uninvited sexual touching (battery), exploitation of a minor, sodomy, child pornography, sexual battery, rape, statutory rape, and sexting. If you are arrested and eventually convicted of a sex crime you will be required to register with the Mississippi Department of Public Safety’s sex offender registry list. If you move from one MS county like Lafayette County to a different county like Madison County, you must contact the Madison County Sheriff’s Department within 3 days of relocating.

Charges of assault in Alabama must be handled with extreme seriousness, considering the potential harsh reality of conviction. Extended jail time, court fines, and a permanent criminal record can lead to other problems like job loss, divorce, and bankruptcy. An assault charge in Alabama will be classified as a simple assault or an aggravated assault depending on the elements of the crime. Mississippi criminal law also allows for harsher penalties if the victim is part of a protected class on individuals, for example a police officer, fireman, EMT, social worker, or a senior citizen over 65 years of age.

Domestic violence accusations are made every day against spouses, boyfriends, girlfriends, roommates, and other people classified as related parties. Domestic violence is a subsection of the state’s assault and aggravated assault statute. Before becoming a criminal defense attorney Carmody was a Mississippi cop who responded to and investigated domestic violence crimes. He learned the dynamics that led to assault charges being brought against a family member, and the issuance of a restraining order by a local judge.

Call today to set up your FREE lawyer consultation and speak with an award-winning lawyer. Our three attorneys near me are all ranked by Super Lawyers and have top legal industry lawyer ratings: (800) 360-3847. 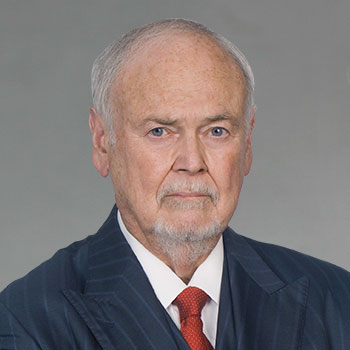 Vic Carmody, Jr
VIEW MORE
Client Reviews
★★★★★
"We cannot thank Mr. Carmody enough. He really did his homework on our case.....well, he DID write all the books on it :) I mean, you cannot get more qualified than that!!!" Cynthia
★★★★★
"I am very grateful for Mr. Carmody's knowledge and skill. He did a tremendous service for my family. Our prayers were heard and answered and I thank God for sending Mr. Carmody to get the job done." Lynn
★★★★★
"Kevin did an amazing, seemingly effortless job of handling my case. His experience and vision allowed for a level of preparedness and contingency planning that frankly humbled me on the day we faced the judge." Rob
VIEW MORE
Submit a Law Firm Client Review
Mississippi Criminal Law Blog
View More»
Media Mentions
Contact Us